Mobile App developers nowadays lookup for technologies that would offer complete optimization of their product. The hunt for these tools is not just for the mobile applications that they develop but also for the workflow and various processes involved in its development.

With the advancement in technology, there are abundant frameworks and tools available, and more are yet to be added to this list with each passing day. However, in this world full of transient technologies, what stays permanent depends on the benefits and features that it proffers.

However, there are a few prominent cases where we could predict from the beginning that the framework would capture the minds of the developers. Out of this list, one of the most anticipated structures that is noteworthy to iPhone App Development Company as well as iPhone Application developers is React Native. Why? Because the language is way too practical and straightforward to employ.

Before React, Native was introduced, iPhone companies responsible for app development had to create two separate apps for Android and iOS. However, post-release of React Native, businesses can now hire React Native developers for building apps that support both platforms. With the help of this platform, developers can now port the entire code swiftly into other platforms too, thus offering a fully native experience in app development.

Over 25 K apps use React Native technology to avail fantastic benefits. Here are the advantages of React Native: 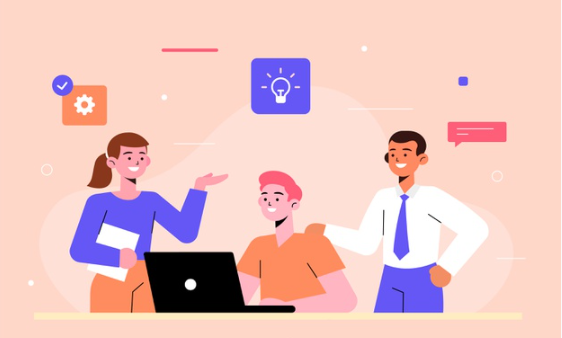 In contrast to the additionally available hybrid app development a solution, this open-source platform is also working well along with web view components and even modules. Furthermore, it also considers the native elements which are capable of compiling in line with the machine language pertaining to the device.

Therefore, instead of just confining itself towards offering measurable optimization speeds, React works towards providing prominent benefits in the view of native apps.

Another advantage of React Native is that it is capable of sustaining portability and efficiency standards in the right perspective. From schlepping top-notch mobile apps to efficient web app development, React Native is all about providing a beautiful user interface. Being under the light of JavaScript and a product by Facebook, React Native never fails to deliver numerous benefits to the developers. These include the provision of virtual DOM, top performance parameters and a lot more.

Adding of excellent efficiency and optimized speed levels to the applications have now been possible, thanks to the feature-rich React Native platform. In addition, the framework is also capable of integrating plugins as well as third party links so that the devices can now exploit the functionalities of the other sensors as well.

In comparison to traditional application developers, the React developers display a great uphold since they are competent to capture feedback at a quicker pace. Therefore, it is highly recommended to avail the React Native development services and hire developers that are capable of developing Android as well as iOS-based apps only through a single code base.

After the emergence of React Native in the Hackathon held in the year 2013, the associated project itself remained highly user-focused. As has been known, React is a free and open-source platform which undeniably is a perfect choice for the developer community since they can go for it at any instance and from literally anywhere.

With securing the third position on GitHub, developers are now assured that React Native will continue to assist in the development of high-end applications. Facebook, on the other hand, has also promised in protecting and maintaining this prominent platform to offer the best experience to the developers.

So if you plan on incorporating React to your mobile apps, then it is indeed the perfect way to ensure an excellent start. React Native continues to be the top choice for enterprise mobility solutions, thanks to its endless benefits and emergence of top React Native development company for developing effective solutions.

React Native app development cost is reasonable for offering practical solutions to businesses as well as enterprises. This platform allows developers to make use of libraries and frameworks for free.

Note that the working and functioning of React Native is subject to the facts stated under the MIT license. It is a license that tenders certain restrictions on the formulated policies pertaining to the reusability of the software and is known for delivering legal protection to the concerned authorities.

JavaScript is considered to be one of the best app development languages of all times and has gained immense popularity in the event years. Showing steady improvement in its growth and demand over the years, it has successfully achieved a total of the widely used and most exceptional programming language.

Deploying JavaScript in the React Native domains is one of the primary reasons why the platform stands out from the rest of its competitors. On the contrary, other programming languages such as objective-c or Swift could be quite tough for the upcoming developers in the market. React Native is certainly quite simple to learn and understand.

React Native front end framework involves the generation of code that is entirely reusable. The detection of bugs in the codebases itself has become all the more straightforward. Being an intuitive and modular interface, even those developers who aren’t a part of the project team will easily be able to understand the flow.

It improves the flexibility of the team and also results in the natural building of updates for web applications. Test cases and programming logic itself turns out to be simpler and quicker, which ultimately saves a lot of time while the transformation takes place.

React Native employs only a single code base for both the platforms – Android as well as iOS. This means that the components, when used again, along with the already existing code, do not demand to recompile or to rewrite the app.

Native Script Vs React Native, Which Is A Better Choice?

Native Script Vs React Native, there is no definite answer to this question. It is mainly because the answer will depend upon the project you are handling and it’s requirements. If a project involves the development of app-only in iOS or only Android then it would be best to opt for Native script since React Native might not make sense to the whole situation.

However, If the project involves a cross-platform development process or the addition of any unique and distinct feature, then React Native would be a highly recommendable choice for the project.

Many of the top brands that include Walmart, Facebook, Bloomberg and many more employ React Native for their projects, all thanks to its fantastic quality and seamless user experience that it has gained massive popularity in recent years. With exceptional user interfaces and fantastic profile display, React Native is unbeatable in its domain.

This makes it quite clear why React Native is an ideal choice for app development companies. Go through the endless benefits it has to offer and start off your new venture by making use of this remarkable technology. Top React Native Apps are the live demonstrations of how impactful is the use of React Native for Mobile App development.

1.What are the benefits offered by React Native towards Enterprise App development?

Some of the top Benefits React Native for Enterprise App Development include the provision of amicable efficiency, reusability standards, support for cross-platform applications development and lot more. The platform itself is open source and therefore is free to use.

2.Why is React Native suitable for cross-platform development process?

React Native makes use of a single code that could be reused. As compared to the traditional apps, React is capable of receiving feedbacks at an astonishingly quicker pace. Due to this reason, React is often termed to be the ideal choice for cross-platform development.

3.Which is the programming language used by React Native?

React Native makes use of JavaScript as programming, a typical reason due to which it has numerous benefits to be offered to the developers and businesses.