Is iOS 8 a Game Changer? 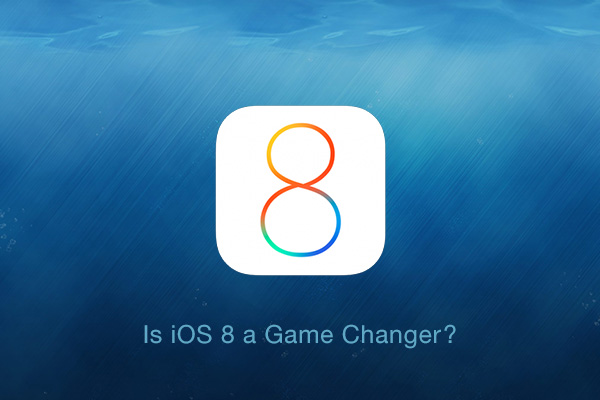 Is iOS 8 a Game Changer?

The next big leap in mobile operating systems, the iOS 8 has been announced by Apple on June 2, 2014. The beta version was also released the same day leaving developers and customers excited all over the world. Giving a cutthroat competition to its closest contender, Android, Apple looked forward to walk an extra mile! With Android L soon hitting the markets in the form of the latest gadgets including mobiles, iOS 8 is all-set to lure customers with its enticing features. What all it has within the box is surely noteworthy.
Clearing the doubts and revealing the truth, we have here compiled a well-researched insight on the successor of iOS 7.

What makes iOS 8 an operating system designed for you?

At present, iOS 8’s new features are the hottest news that circulates both developers and user communities. With the introduction of new apps like HealthKit and improved versions of existing Map and Camera features iOS 8 comes fully loaded.
Here is how your daily used utilities and apps are going to behave with iOS 8!

What developers should expect from the iOS 8?

And yeah, iOS 8 has a lot to offer to iOS developers too! Swift – the new language developers are gifted with. Swift works in accordance with objective C (the language on which iOS 7 was coded). Providing an edge over objective C, the Swift is more fun to code with. It is intuitive, interactive and is fast enough to display the output almost instantly! Apple store can thus expect the arrival of some new and flawless apps soon.

Apple has its own class and so is revealed every time in the floated updates. The new updates will be rolled off soon and it would be really pleasant to see how far the Apple is able to bait the customers! iOS 8 is expected to hit the markets officially by fall this year, how far the apple is able to leave its large fan base satisfied would be the point worth noticing. As of now, the initial updates and reviews are worth appreciating!