The market today entirely revolves around the customer. More than sixty percent of the shoppers make use of mobile applications, and thus the demand for them can be witnessed. A brand may not be able to sell its product as its equivalent without the app. Apps are something that boosts the whole selling process, but another confusion that arises for the developers and companies is that what kind of app they should use? Should it be a native app, cross-platform app, or web app? Keeping everything, we can see that cross-platform apps are gaining a slightly upper edge in the market.

Cross-platform app development frameworks have gained enough popularity when it comes to multi-platform mobile platform challenges. The best part is that the code written once can be used again and again.

According to a mobile app development company, what is the difference between native apps and cross-platform apps?

With the native apps, the developer has to write separate codebases for every platform they work on. While on the other hand, the cross-platform mobile app development sticks to the native SDKs, and also the customer experience is not hampered at all.

If one has to understand how these apps would operate or how they would develop the app, a clear distinction can be made between them. A native app can only be used on the mobile platform for which it has been specifically designed, while a cross-platform app can be used across various platforms. In the case of native android app development, resources such as camera and GPS are in-built, while in cross-platform app development to use these native resources, it would have to act like a web app. 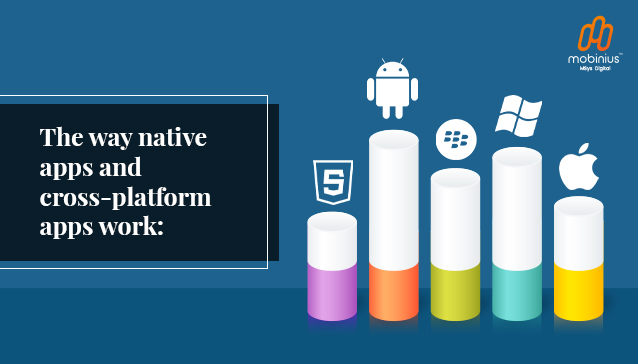 A native mobile app developer cannot use the same coding for each platform. Also, when they are developing a new app on the same platform, they have to start from scratch. It would consume a lot of time and might not be ideal for a mobile app development company that has to develop multiple applications on various platforms. A cross-platform mobile app would use a common code base for any app it develops, on any platform, and the code can be reused as many times as the developer wants.

As cross-platform mobile development makes use of a single code base for multiple numbers of platforms, so it allows the developers to use almost fifty to eighty percent of the code again. The whole process would save a significant amount of time in the development process. 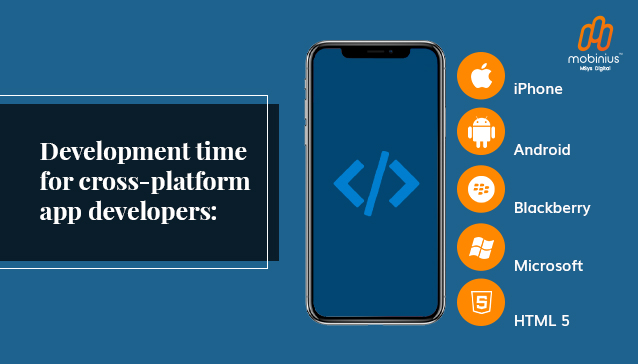 Cutting the cost down:

While in the development process of an app, the more time is utilized, the more money is spent. The use of code, again and again, ensures that less time is taken, ultimately cutting the cost. As the cost of development would be low, the app would make its way to a large part of the audience. The optimum utilization of resources also reduces development costs.

Minimum viable product has gained a vital position among programmers and developers. With the centralized effort, the MVP launch effort also reduces. Common code can be used to operate on the MVP, and further features can also be added to it.

When one works on a native app, you can see yourself surrounded by a lot of different types of codes. When the developers work with the cross-platform apps, a single code can be used again with minute changes, so the fear of being surrounded by several codes and working on them is not there anymore.

The integration process of Cross-platform apps is also straightforward. One can make use of the cloud environment to do so.

React Native is a framework that is part of JavaScript, and there is increasing use of the framework for programming.

The reason for the popularity of react-native cross-platform app development is that there are very talented professionals that can work very efficiently in the field.

The development using React native also provides code efficiency i.e., the components of the code can be reused

Built by Google, Flutter has taken cross-platform development further. It is taking technological development forward and is growing its pace in programming. With the limelight it is gaining, the native platforms are moving to the side. The framework allows you to use the code and interact with the app at the same time. It uses the Dart source code and technically high technology such as Hit Reload. Flutter app development has a shared code for Android and IOS UI design with platform-specific features. Also, the APIs and SDKs can be used as native.

So, cross-platform mobile apps are trending and are more efficient than native apps.

What do you mean by native app development?

A native application is a software program that can be used for a particular platform or device.Native apps have various advantages, such as the use of the latest technology, GPS, etc. in comparison with cloud apps and web apps.

What is a cross-platform mobile app?

Cross-platform mobile app development is a process that is used by the developers when they require mobile apps that can work on multiple platforms using a single database.

What can you tell me about cross-platform development tools?

PhoneGap is a cross-platform development tool that is owned by Adobe. It makes use of web technologies to create applications for IOS and Android. Generally, HTML, CSS, JavaScript are used for building a mobile app